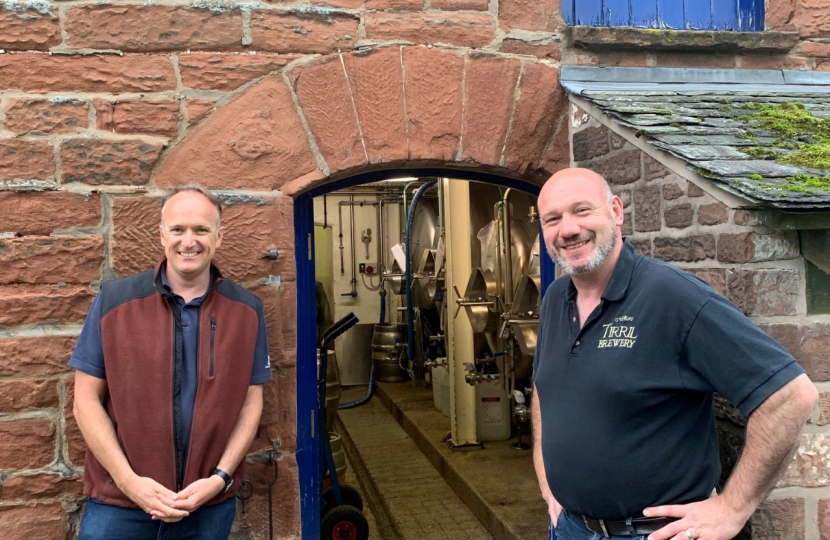 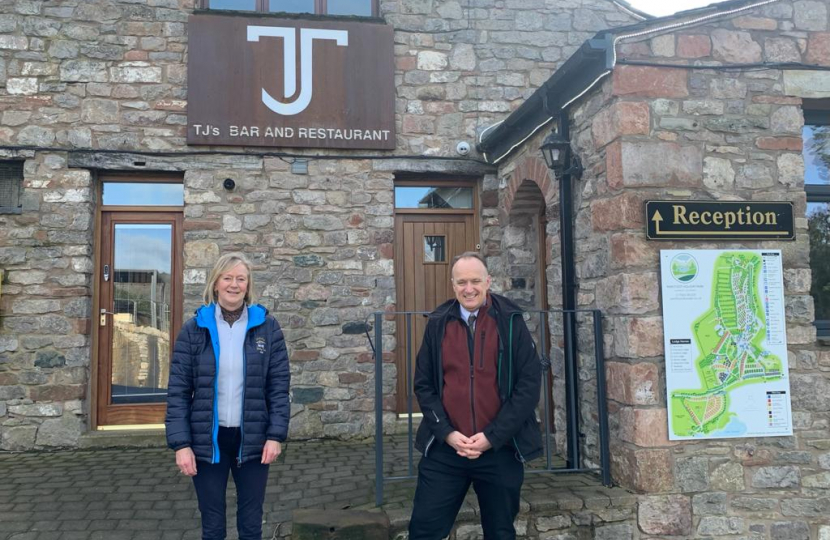 Dr Neil Hudson, MP for Penrith and The Border, has, together with more than 30 other MPs and Peers, written to the Prime Minister asking him to introduce a new White Paper designed to grow the rural economy, following the publication of a major new report by a cross-party group.

The All-Party Parliamentary Group (APPG) on Rural Business and Rural Powerhouse published a report last week highlighting how £43bn could be added to the UK economy. The report, entitled ‘Levelling up the rural economy’, set out 27 clear measures to unlock the economic potential of the countryside, adding up to £43bn to GVA.

Now, MPs and Peers from across the political divide are calling on the Prime Minister to lead a government-wide effort to unlock the potential of businesses in rural communities.

Dr Neil Hudson, MP for Penrith and The Border, said:

“The Government has to start being ambitious for the rural economy. I want to see Penrith and The Border thrive. I want it to be a place where local people can afford to live, get a good job and fulfil their aspirations.

“Penrith and The Border is one of the most rural parts of the country, and we are an extremely entrepreneurial bunch, but with, but too often the specific needs of areas like ours are overlooked in national policy making.

“85% of rural businesses are not engaged in farming or forestry, and they often face structural barriers to their success. Given 23% of all businesses in England are based in the countryside (with many more in the other three nations of the United Kingdom), it is clear the removal of those barriers could yield considerable economic growth, for the betterment of their local communities and the country as a whole.”

In a separate letter to the Prime Minister, the Country Land and Business Association (CLA) and the Federation of Small Businesses added their support for major government reform.

“We are deeply ambitious for rural Britain. The countryside is not a museum, it is an economic powerhouse in its own right. We believe in the extraordinary potential of rural communities to create opportunity and prosperity for everyone, irrespective of their background or circumstance.”

“The country can no longer afford to ignore the potential of the rural economy and the prospects of the millions of people who live within it. Rural businesses are ready to expand, creating good jobs and opportunities for people from all walks of life – but a lack of interest from government is holding them back. The policies necessary to generate new economic growth are not expensive or complex – they only require political will.”

Mark continued, “The cost-of-living crisis is made worse by the barriers rural businesses face. It’s time for Downing Street to show some ambition, and bring forward measures designed explicitly to spread opportunity and prosperity across rural Britain.”

“Rural businesses span a vast range of sectors and industries. During lockdown we also saw a new wave of home-based start-ups that have now taken off, many of which began life as a hobby. All of these flourishing businesses based in rural areas are a vital part of the economy that must be nurtured.”