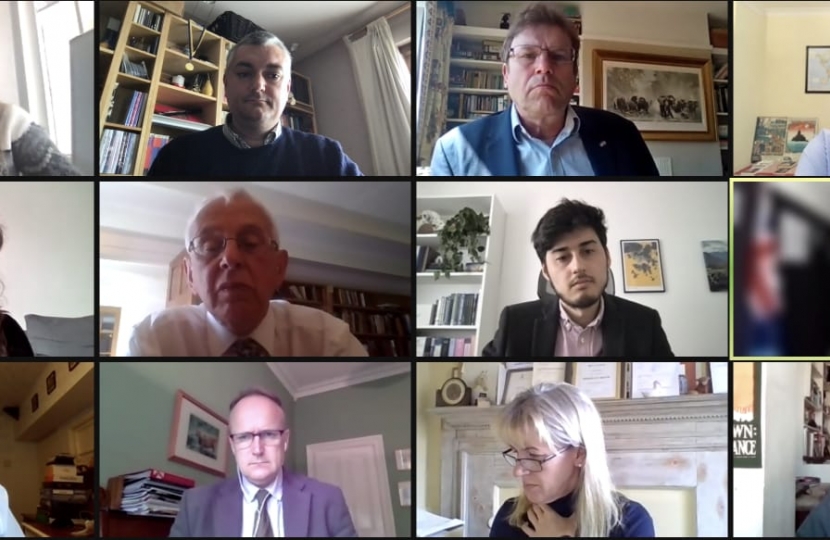 Dr Neil Hudson, MP for Penrith and The Border and member of the Commons EFRA Select Committee, spoke of the importance of high animal welfare standards in trade negotiations going forward in a webinar hosted by the Trade and Animal Welfare Coalition.

UK trade policy is a particularly high profile topic at present with the Trade Bill in its very final stages before being given royal assent. Official negotiations have also started with the USA, New Zealand and Australia and the UK joining the Trans-Pacific Agreement later this year.

As part of Dr Hudson’s ongoing campaign for the UK to uphold its high animal welfare standards he joined a panel including  Trade Minister Ranil Jayawardena MP, EFRA Committee Chair Neil Parish MP, NFU President Minette Batters, Shadow Trade Secretary Emily Thornberry MP, David Henig (UK Trade Policy Expert), fellow vet Simon Doherty and Peter Stevenson (Compassion in World Farming) to discuss the opportunities and challenges linked to the UK’s new trade policy. Neil spoke of the importance of upholding our high animal health and welfare standards in trade deals by the introduction of animal welfare chapters into these agreements that specify which food products would be off the table, such as those involving use of growth hormones or excessive use of antimicrobials. Neil highlighted the opportunities for the UK to be a beacon to the rest of the world in this area.

“I was delighted to be asked to participate in this vital discussion on the future of UK trade policy organised by The Trade and Animal Welfare Coalition. We are at a crucial juncture in the UK’s future trade policy and it was welcome that the Trade Minister and officials from the Department for International Trade and Department for Environment Food and Rural Affairs were present at the event. We have fantastic farmers in Cumbria and the UK who produce food with the highest standards. We should celebrate this and stand up for these important values as we look to secure international trade agreements.”