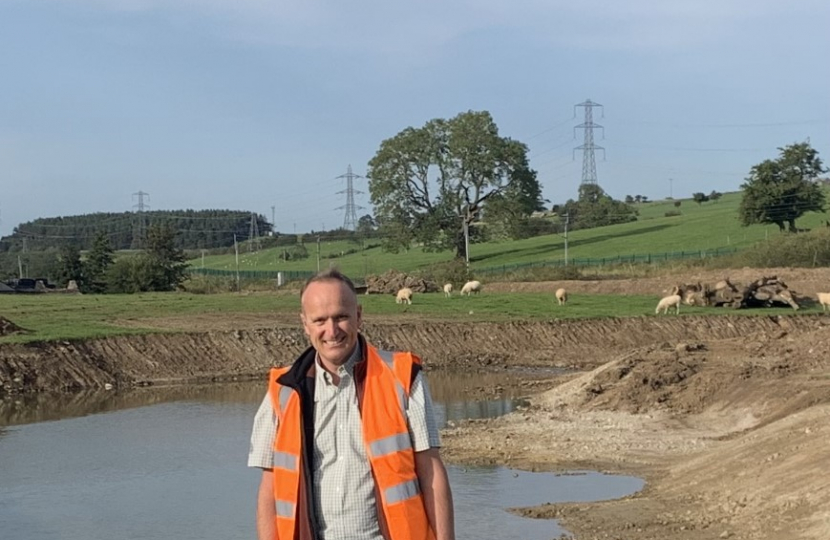 Cleaning up Cumbria’s rivers and lakes is one of, MP for Penrith and The Border, Dr Neil Hudson’s top priorities and he’s proud to champion the Government’s unprecedented plans to transform the nation’s sewage system.

With just one week left of the Government’s Storm Overflows Discharge Reduction Plan consultation, the Cumbrian MP is making sure people have their voices heard on the largest investment and delivery programme to tackle storm sewage discharge in UK history.

For the first time ever, a Government has pledged to overhaul our Victorian sewage systems and is taking action on water companies. The Storm Overflows Discharge Reduction Plan places new legally binding targets to reduce pollution from water companies and eliminate storm overflows’ harm to the environment.

Last week Dr Hudson questioned the Parliamentary Under-Secretary of State for Nature Recovery and the Domestic Environment, Rebecca Pow, on the issue in Cumbria. He was pleased to hear the Environment Agency has already been working closely with United Utilities along the River Petteril, intervening on pollution from wastewater and agriculture.

On top of this, the Conservative Government has doubled investment in the Catchment Sensitive Farming programme to £30 million to help reduce impacts from agriculture, and the Environment Agency is hiring 50 more inspectors to ensure action is taken against non-compliance.

This follows, Dr Hudson’s tough questioning of Iain Coucher, the prospective boss of water regulator Ofwat, about how he could hold water companies to account. Asking if he had the teeth to make sure water companies comply with new legislation, Dr Hudson also brought up the issue of bonuses for polluters and better ways of testing water quality.

“As I have said time and again, the amount of sewage in our waterways is unacceptable so I’m really proud the Government is the first to take such far-ranging proactive measures.

“Here in Penrith and The Border we are immensely lucky to have such beautiful waterways as the Eden and Lune on our doorsteps, but we must ensure we leave them in a better state as when we inherited them.

“That’s why putting in a long-term plan to reduce the harmful effects of pollution is so crucial. For too long water companies have been allowed to get away with pumping sewage into our ecosystems while dividends and bonuses have remained high.

“This is a once in a generation chance to have your voice heard and make sure our rivers and lakes can be cleaner for years to come.”

“We have also launched our consultation on the Storm Overflows Discharge Reduction Plan, which proposes that water companies must completely eliminate all ecological harm to the environment from storm sewage discharges.

To reply to the consultation by 12th May, visit: Consultation on the Government’s Storm Overflow Discharge Reduction Plan - Foreword - Defra - Citizen Space