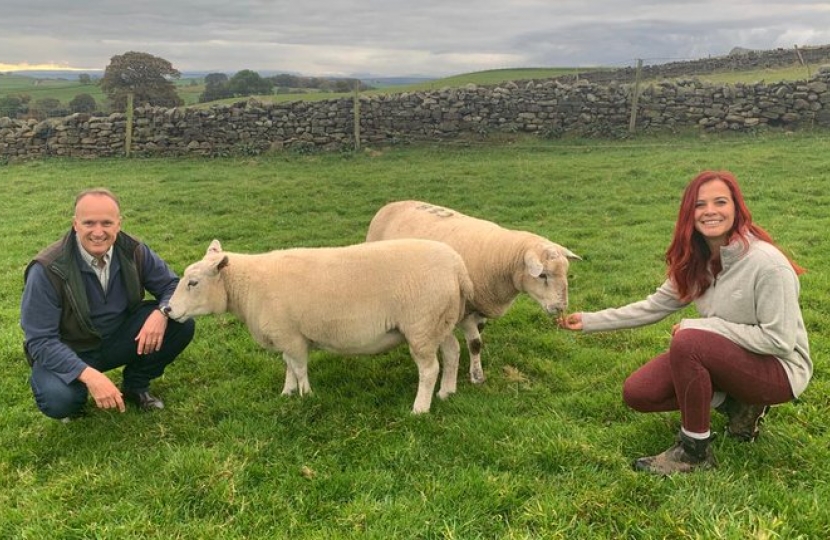 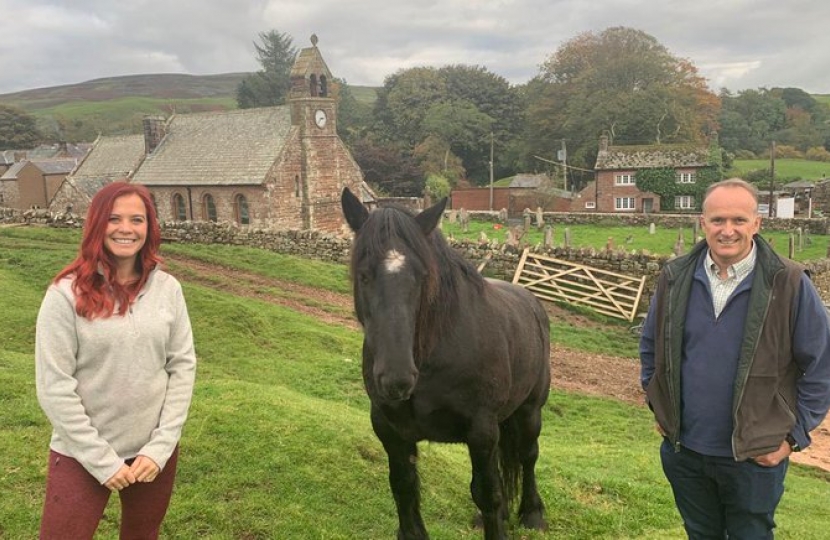 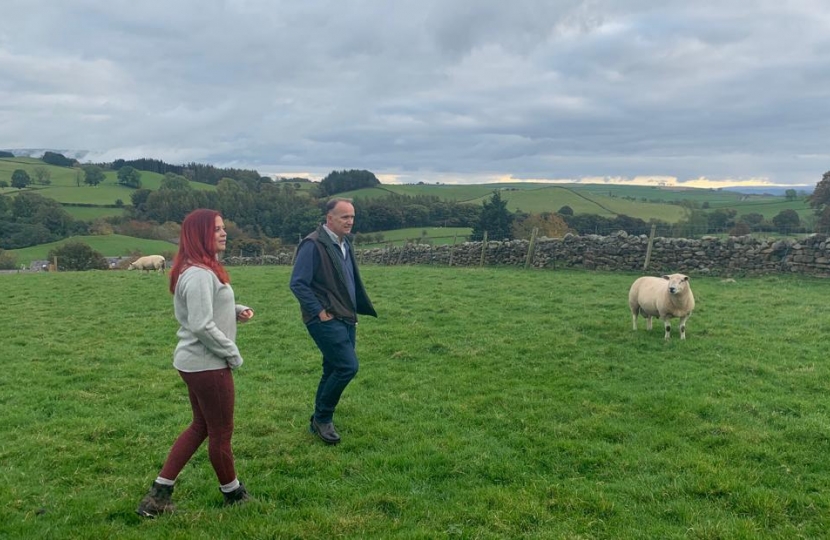 First generation young farmer, Hannah Jackson thanked Neil Hudson MP via Social media last week for sticking up for British farming. Neil visited her in person to explain why he took a stand for voting against the Government in the Agriculture Bill.

Neil said "As an MP and a veterinary surgeon, I will make no apology for standing up for animal welfare and our farmers in Penrith and The Border by insisting on high animal welfare standards which would benefit farmers and animals not only in the UK but across the globe. I will keep going on this to uphold our high animal welfare and farming standards of which we can be so proud. The UK can be a beacon to the rest of the world on this.”

In a socially distanced walk around her farm, Neil and Hannah had a wide-ranging discussion on current farming issues including the need for agricultural colleges such as Newton Rigg to support the next generation of young famers and the vital need to address mental health in rural communities.

Hannah commented "It was a pleasure to welcome Neil to the Farm. As a farmer I appreciate the stance that he has taken to protect the welfare and foods standards that our country is renowned for. Neil has truly represented the views of the people that he was elected to serve and for that he has my utmost respect and thanks. We must now continue to fight to ensure that other MPs show the same courage and vote to preserve our standards. This is not just about a trade deal this is a much bigger issue that involves both the welfare of animals and the longterm health of our nation."

After the meeting Neil commented "It was a real pleasure to meet Hannah. Her passion and enthusiasm for farming and animal welfare is fantastic and I look forward to working with her to address the needs of our rural community."