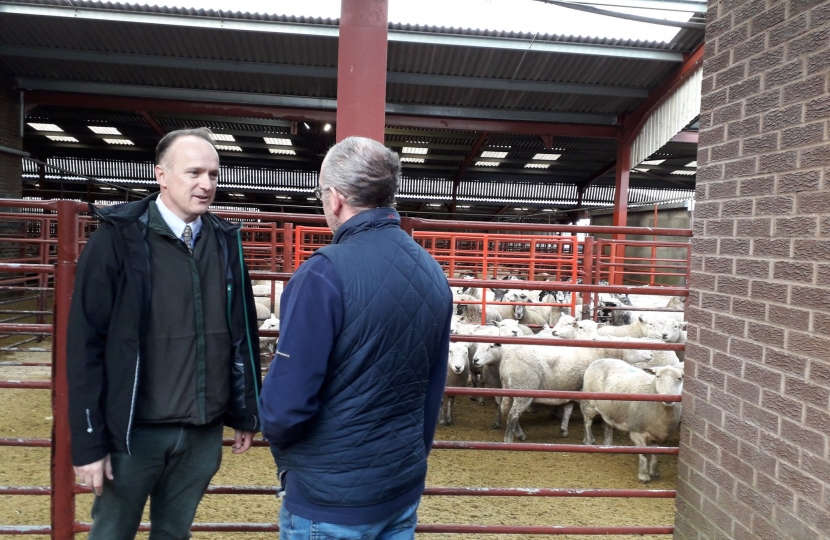 Dr Neil Hudson, MP for Penrith and The Border, voted last night to encourage the Government to allow more detailed parliamentary scrutiny of future trade deals to ensure high agri-food standards are upheld. Dr Hudson voted for amendment 16B to the Agriculture Bill but it failed to pass last night without Government support.

Amendment 16B would have made it a negotiating objective to ensure that future agri-food imports met our domestic standards with regards to animal health and welfare, protection of the environment, food safety, hygiene and traceability and plant health.

“I was disappointed that Lords Amendment 16B fell last night. I thought that an opportunity was missed to demonstrate to the world that the UK is not willing to lower its high animal welfare and agri-food standards. I have been committed to pushing the Government to uphold the highest standards in areas such as food production and animal welfare since I was elected to parliament last December. As an active member of the Environment, Food and Rural Affairs Select Committee I will be playing a role in looking at these trade deals and as an MP and veterinary surgeon I will be true to my principles on these matters.”

“That said, I welcome that the Government has listened to our concerns and is extending the statutory remit of the Trade and Agriculture Commission and bolstering parliamentary scrutiny of trade deals. I think the Government is heading in the right direction on this.”

The Commission was initially launched for a six-month period in July to bring together voices from across the agricultural and farming sector and report back to inform top-level trade policy and negotiations. It has now been extended with a provision to review it every three years.