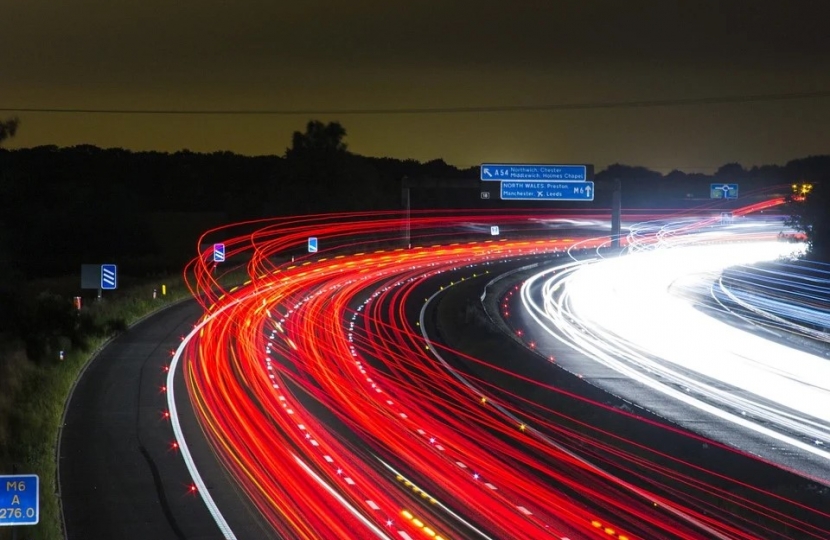 The Department of Transport recently announced that it will pause the rollout of All Lane Running (Smart) Motorways until five years’ worth of safety data is available. Penrith and The Border MP, Dr Neil Hudson, has been pressing Government on this and was pleased to see them listen to calls for improvements to road safety. Dr Hudson wants the Government to go further still and has been clear that he wants existing smart motorways to be scrapped.

This announcement was in light of the Transport Select Committee’s Report on ‘The Rollout and Safety of Smart Motorways.’ The Government has taken on all the recommendations in the Report, including:

“I was pleased to see the Government take on the recommendations of the Transport Select Committees report. Accidents on smart motorways are too frequent and are horrific for all concerned and wherever possible, action should be taken to ensure the safety of road users. As a vet, I have attended awful road accidents involving horses and I firmly believe that we need fully functioning hard shoulders on our motorways. I hope the Government and Highways England will cease the use of existing smart motorways, alongside the pause on installing new ones.”

“While our initial data shows that smart motorways are among the safest roads in the UK, it’s crucial that we go further to ensure people feel safer using them.

Pausing schemes yet to start construction and making multimillion-pound improvements to existing schemes will give drivers confidence and provide the data we need to inform our next steps. I want to thank safety campaigners, including those who have lost loved ones, for rightly striving for higher standards on our roads. I share their concerns.”