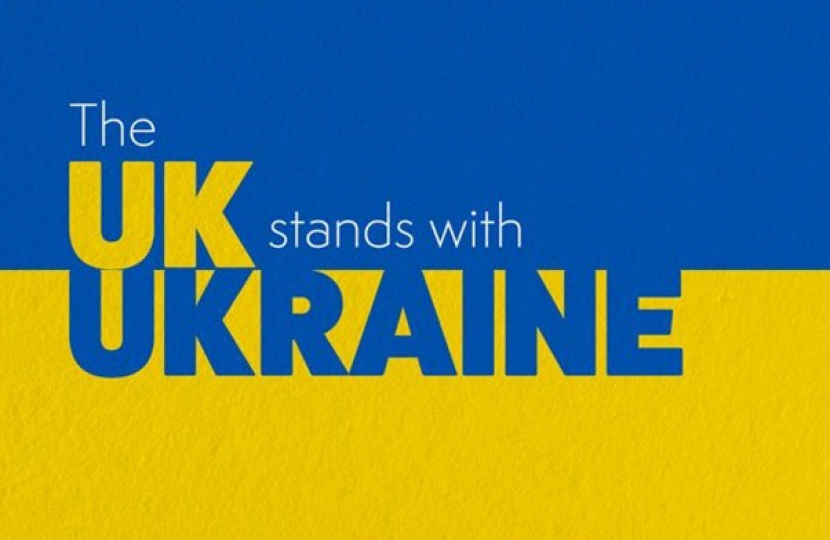 “It was humbling to be in the House of Commons Chamber to listen to President Zelenskyy’s address to Parliament yesterday evening. It was a truly historic and momentous moment to be addressed in the heart of a stable and peaceful democracy by a wartime leader nearby in Europe fighting for his and his country’s existence. The House is united in its support of Zelenskyy and all Ukrainians whose lives have been irreparably changed by the conflict. The message is clear, we are fully behind Ukraine and Putin must not be victorious. The UK’s sanctions regime has been robust and quick, with the economic hit amounting to £364bn of Russian assets. Where the Government needs to go further, however, is to do so much more to help the Ukrainian refugees fleeing the war. I have made representations to the Home Secretary on this and continue to press the case in Parliament. We need to cut the red tape and work compassionately and quickly to offer sanctuary and support to as many Ukrainians as we can.

I would like to finish with the inspiring but haunting  words from President Zelenskyy, echoing another wartime leader, Winston Churchill:

"We will fight to the end at the sea, in the air, we will continue fighting for our land, whatever the cost. We will fight in the forests, in the fields, on the shores, in the streets."

This is a dark day for Ukraine, Europe and the whole world. The UK stands in solidarity with the people of Ukraine and will work with our allies in Europe, the US and around the world to support Ukraine against this abhorrent invasion by Russia.