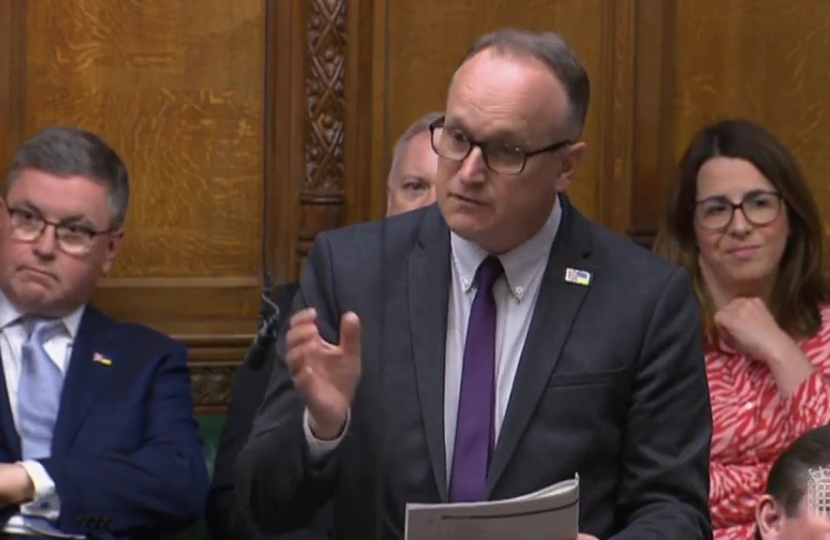 Putting local concerns in the national spotlight, Dr Neil Hudson, MP for Penrith and The Border, quizzed Prime Minister, Boris Johnson, on the need for  bus funding in Cumbria.

During Prime Minister’s Question Time, Dr Hudson expressed his disappointment that Cumbria did not receive any money from the latest round of bus funding and urged the Prime Minister to give reassurances that Cumbrians would not be overlooked in future funding schemes.

The Prime Minister called Dr Hudson a champion for rural Cumbria before affirming the Government wants to put more money into buses. The MP for Penrith and The Border secured a meeting with ministers to discuss the issue further.

With better connectivity, a cornerstone of Dr Hudson’s agenda, he welcomed the chance to again raise his concerns at the highest level.

Dr Neil Hudson, MP for Penrith and The Border, asked:

“Challenges with rural transport remain some of the greatest obstacles facing people in Penrith and The Border. I was therefore pleased last year to see that on top of the Government’s £3 billion National Bus Strategy helping areas like Cumbria, Cumbria County Council received an additional £1.5 million to enhance provision as part of the Rural Mobility Fund.

“But, I am sure my Rt Hon Friend can only imagine my disappointment this month, when Cumbria was allocated no funding from the latest tranche of bus funding.

“Can the Prime Minister reassure my constituents that Cumbria can look forward to future funding schemes to improve our vital rural bus services?”

“I thank my honourable friend, he is a great champion for rural Cumbria and for bus services, and he’s right that Cumbria got another £1.5 million for buses. We do want to put more into buses, I believe in them passionately myself and I will make sure he has a meeting with the relevant minister.”

“It was an important opportunity today to be able to raise the issue of rural transport again at the highest level of government and I would like to thank the Government for its support but urge them to go further. Places such as Penrith and The Border, should no longer be considered the end of the line for transport services, but to ensure this we need adequate funding.

“Ultimately, Whitehall needs to understand that Cumbria is not London - the lack of public transport links has a huge impact on communities throughout Penrith and The Border. With the rising cost of fuel becoming a worrying issue for people, this problem is only set to get worse if not addressed, disproportionately affecting elderly and disabled people who rely on these vital transport links.

“I’m pleased the Government has made buses a central focus for the levelling up agenda, with one of the most ambitious shake-ups of the bus sector in a generation; but too often, rural communities such as ours are overlooked.

“Since my election in 2019, I’ve fought hard for better connectivity throughout Penrith and The Border, and beyond. In February I brought forward a debate on levelling up rural communities in Cumbria which put the issue of rural isolation in the national spotlight.

“As I said then, we have some really terrific volunteer schemes such as the Fellrunner bus, which won a Queen’s Award for Voluntary Service last year, and council-run schemes like Community Wheels in Alston Moor but still there is sub-standard connectivity in many villages throughout Cumbria.

“As such, I called on the Prime Minister and central Government to take the issue seriously and to hopefully work with Local Government and local operators to find a solution for people locally. For levelling up to work, rural communities cannot get left behind, and I will continue to fight for the people of Penrith and The Border on this issue moving forward.”