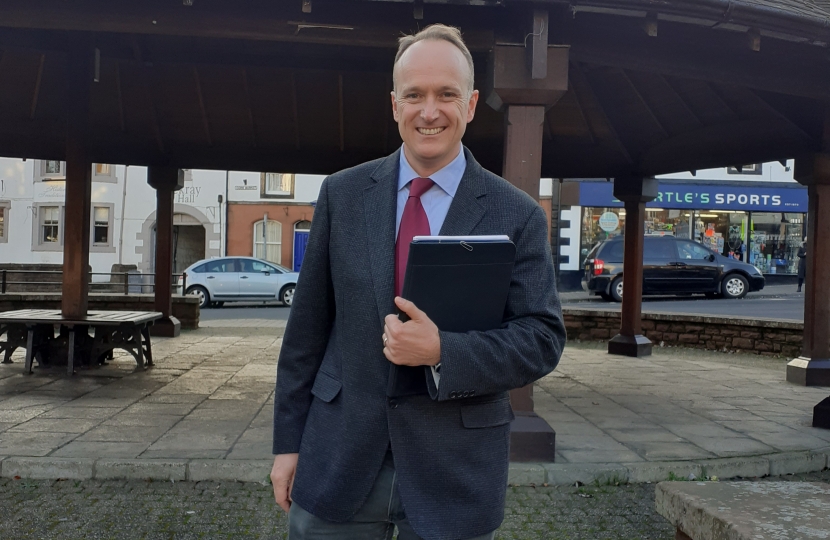 My thoughts are with the staff, students and friends of Newton Rigg as we approach the sad formal closure of the College site by Askham Bryan. This month, the Commons Environment, Food and Rural Affairs Select Committee (EFRA), on which I sit, received a response to our Newton Rigg Inquiry from the Education Secretary which we were very disappointed with.  So, we have written again urgently seeking answers on specific points, for example, asking for clarity on the legality of Askham Bryan’s proposed sale of the Newton Rigg assets. I will continue to fight for our rural sector and for a future for land-based education in Cumbria and I continue to work with stakeholders as we seek for a new Newton Rigg to emerge from this upsetting situation in which we find ourselves. Our EFRA Committee is calling for a national support strategy that protects land-based education in Cumbria and the whole country. This pandemic has brought into sharp relief the importance of food security and to achieve this, you need to be able to train up the next generation of farmers and land managers. This month we have heard the positive news that the Educational Charity, The Ernest Cook Trust, has secured the Low Beckside Farm. It is so encouraging that this invaluable Newton Rigg resource will be protected for the young people of Cumbria. I have met with the Trust to discuss their positive vision and am encouraging them to work with local stakeholders working to secure a new future for Newton Rigg.

We are now further along the line with regards to a final UK-Australia Free Trade Deal with core elements agreed by both parties. I know from many conversations with local farmers that they have serious concerns about the deal and I share their concerns. I am determined to ensure that the voices of farmers in my constituency are heard loud and clear at the highest levels of government. I am clear that this deal must not disadvantage our farmers and food producers nor compromise animal welfare. That is why in the Commons I asked the Trade Secretary for animal welfare chapters to be included and tariff rate quotas to be used. In her response she demonstrated that the government has listened to my calls for an all-important animal welfare chapter in the Agreement and I shall study that in detail. However, she did not touch on tariff rate quotas or the urgent reinstatement of the watchdog Trade and Agriculture Commission, so I will continue to push on these points.

As I write, we are all nervously but excitedly following England’s amazing progress in the Euros and I wish Gareth Southgate and his young team the very best of success. They are doing the nation proud. The summer of sport is well underway and I am sure I was not the only one pleased to see the celebration at Wimbledon of Dame Sarah Gilbert, a Professor of Vaccinology at the University of Oxford. She led the team that developed the Oxford-AstraZeneca vaccine which has been widely used in the UK’s vaccination rollout and it was great for the public to be able to show their appreciation at an event which was in part only possible thanks to her team. Once again, I want to thank all our clinicians and volunteers here in Cumbria who are still working extremely hard to deliver the vaccine rollout.

On the subject of animal welfare, it was fantastic to see the Animal Welfare (Sentencing) Act eventually coming into force after a long campaign. Now this landmark moment has been reached, courts will have more flexibility to hand out sentences that better reflect the severity of the crimes they are dealing with and I hope the Act will serve as a greater deterrent and help us start to cancel out animal cruelty once and for all.

I was disappointed to see that the takeover of Carlisle Airport recently fell through. It could have been a springboard for future success. This has been a difficult period for airports and the travel sector. I have urgently met with the airport stakeholders and will continue to call on the government to help where possible.

One of my core campaigns is to improve connectivity across Penrith and The Border and the £1bn Shared Rural Network (SRN), which plans to enhance mobile connectivity countrywide, goes some way in achieving this. I have repeatedly raised the issue of poor mobile coverage in parliament and continue to have discussions with Ministers and industry leaders about it in private. I am aware from countless conversations with constituents that poor mobile phone and broadband coverage have been the scourge of our region for many years. Issues varying from not being able to run a business effectively to struggling to connect with family members and friends are all directly related to poor connectivity. The SRN shows that the government is committed to enhancing the UK’s 4G accessibility and also that it wants to tackle ‘not-spots’, of which there are several in Penrith and The Border. 4G coverage in the North-West currently stands at 73% which is not good enough. The government is forecasting that post the SRN coverage would increase to 88%, which is a significant improvement. I am determined that our constituency is not treated as ‘the end of the line’ when it comes to mobile connectivity and will be closely following these changes to ensure that constituents are noticing a material difference on the ground.

The future of Newton Rigg is pivotal to the educational needs of the young people of Cumbria. As a community, we need to work together to ensure the FE Commissioner understands the importance of this establishment for agriculture, the rural economy and other sectors including social care.