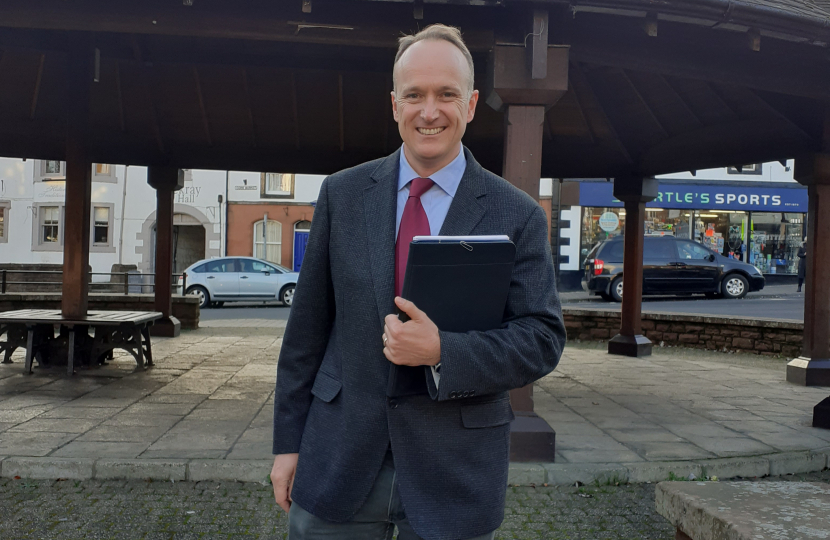 Sadly, I must start my column with the harrowing situation in Ukraine after Russia’s unprovoked and dreadful invasion on 24th February. The West has been strong in its condemnation and has implemented robust and quick sanctions on Russia. The loss of life and devastation we see on our television screens is absolutely horrific. The very human element of this is the loss of life but also the huge numbers of Ukrainian refugees who are fleeing their country.  I am urging the Government to go much further and faster and markedly widen the access for people fleeing this awful situation. I continue to make representations to the Home Secretary on this and spoke in Parliament this week on this very point. We need to cut the red tape and work compassionately and quickly to offer sanctuary and support to as many Ukrainians as we can, and as fast as we can.

It was completely humbling to be in the House of Commons Chamber to listen to Ukraine’s President Zelenskyy’s address to Parliament this week. It was a truly historic and momentous moment to be addressed in the heart of a stable and peaceful democracy by a brave wartime leader nearby in Europe fighting for his and his country’s very existence. The House is united in its support of President Zelenskyy and all Ukrainians whose lives have been irreparably changed by the conflict. The message is clear, we are fully behind Ukraine and Putin must not be victorious.

The Government’s flagship levelling up agenda has laudable aims, but we need to make sure that rural communities, like those across my constituency of Penrith and The Border, are not left behind. On this very subject I proposed and led a debate on support for rural communities in Cumbria in the House of Commons last month. I delivered a speech that covered a number of the areas of concern to local residents. I discussed connectivity challenges, both physical and virtual, the need for continued Government support in the hospitality, tourism and farming sectors and the need for the Government to pivot away from London-centric ideas. I am also pushing the Government to allow parish councils to be able to meet in virtual or hybrid format moving forward. Furthermore, there is a huge issue with second homes in Cumbria, which is pushing local people out of our area and inflating house prices. We need to address this head on and there are some positive initial steps from the Government on this, but I am pushing them to go further. Cumbria can no longer be treated as the ‘end of the line’ when it comes to sharing Government funds and projects.

It was fantastic to meet up with and throw my support behind the Bampton Valley Community Pub team. It is so great to see the famous Cumbrian community spirit in action. By the 1st March they had raised £360,000 in their community share scheme- and this then increased to hit the stretch target of £400,000 a magnificent achievement. They have only gone and saved their pub, and I am so thrilled for them! Community projects like this and the Community shop in Kirkoswald have my full backing and are part of the beating heart of our rural communities.

A huge highlight of my role as your Member of Parliament is meeting with school students of all ages. It was a real pleasure to be at Queen Elizabeth Grammar School in Penrith recently to meet with students and staff. The students were so great to engage with. They asked really insightful, challenging and thoughtful questions on Ukraine, climate change, the environment, housing, education and honesty and integrity in politics. Moreover, it was fantastic to welcome students and staff from Ullswater Community College to Parliament last week. They too had some brilliant questions about Westminster and politics more broadly; who knows there might even be a future MP in the midst of one of our great schools!

I also recently met in Penrith with folk from the Penrith Futures Partnership to hear about their thoughts and ideas for Penrith and our surrounding area. We had a wide-ranging and helpful discussion on areas like planning, connectivity, business, transport, housing & mental health. I also had a productive meeting with Ed Burrows, the regional secretary of the Fire Brigades Union, in Penrith to hear concerns regarding the restructure and governance of the Cumbria Fire and Rescue Service due to the imminent Local Government restructuring in Cumbria. I am against this Local Government restructuring in Cumbria, especially at this time coming out of the pandemic, and I have raised this time and again in Parliament, most recently in my Levelling Up Debate which I have discussed above. But we now have to pull together to make this work for our communities.

Standing up for the United Kingdom

As an MP at the border, I am passionate about our United Kingdom staying together. I will work with colleagues along the border and across the border to ensure that Scotland and England flourish in partnership.